TITLE: Too Low To Dig
FANDOM: Avengers 919
CHARACTERS: Nikolai "Atrax" Romanoff,  Colleen "Hawkeye" Barton, Brenda "Bee" Barnes
RATING: All Audiences
SUMMARY: When your past invites you for a cup of tea, do you answer?
AUTHOR'S NOTES: Why yes, it HAS been a while. Should probably have left a forwarding address -- I'm on tumblr under lithiumlaughter should you care to come visit.
A couple notes:
1) 'Stella' actually was a popular name for girls in the 1920s/30s, before you ask, so Stella Rogers is totally an okay name here for Cap.
2) While it's only obliquely referenced, my headcanon involving a hearing impaired, CIC hearing aid using Hawkeye is in play. Then again, a hearing impaired Hawkeye is straight up canon in the comics, so take it how you'd like.
3) All translations of the Iraqi Arabic are at the bottom. My apologies for any mistranslations.
4) I generally write Avengers stuff (MCU or 919) from Hawkeye's viewpoint...or at least find it easier. This is my first proper foray in to the mind of Atrax, so you must forgive me any trespasses.
5) Happy (extremely, extremely belated) birthday to

scribble_myname...and holy crap girl, this really holds no candle to what you're doing with Nikolai.

TITLE: Ubiystvo/Krov'
FANDOM: Avengers 919
CHARACTERS: Colleen "Hawkeye" Barton, Nikolai "Atrax" Romanoff
RATING: Teen [Language, past violence, descriptions of what is potentially PTSD]
SUMMARY: Secrets can be currency. Money can bleed.
AUTHOR’S NOTES: 'Ubiystvo' (убийство) is Russian for blood. It can also be used as a noun for 'assassination' or 'murder'. 'Krov'' (кровь) is Russian for blood as well, but in the sense of someone's lifeblood. 'Nuff said.

TITLE: Something Like Falling (lick my wounds)
FANDOM: Avengers 919
CHARACTERS: Nikolai 'Atrax' Romanoff, Colleen 'Hawkeye' Barton
RATING: Low Teen [References to violence and death.]
SUMMARY: Assassins have their own versions of hangovers and morning afters.
AUTHOR’S NOTES: Because I cannot leave well enough alone, and beating up on Nikolai and Colleen is far too much fun.

TITLE: Got Lost Again
FANDOM: Avengers 919
CHARACTERS: Nikolai 'Atrax' Romanoff, Colleen 'Hawkeye' Barton
RATING:  Teen [Violence, not-so-pleasant memories.]
SUMMARY: The singer ain't got the balls to sell, the stringer's got no jokes to tell. It works if you believe.
AUTHOR’S NOTES: Apparently, there is now an Avengers 919 universe. Who knew. Inspired by

scribble_myname and the song "Moodring Band" by Final Fantasy, here you go. 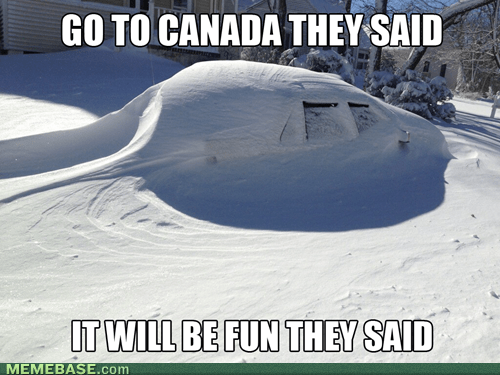 Blame an old friend on facebook for this one. For good or for ill, it's entirely her fault. I originally replied to a status of hers regarding opinions on Romeo and Juliet, writing a short paragraph. The mistake I made was going back and reading it afterwards.

It isn't that it was a bad paragraph, mind you. Especially since I was really only half-awake when I wrote it. I got some points across, I think I sounded marginally intelligent, and I even got a coveted 'like' on it. Still. Looking back was a mistake, because I feel like I didn't quite express those thoughts as clearly as I could have, and got to Thinking About Things.

It's not a good idea for me to Think About Things, generally. This would be due to my being a full-time teacher and the end of the year and the lack of time and the whatnot. However, I'm done my report cards. I've got all my record keeping up to date. Awards day has come and gone. Grad is finished. I have a few weeks until I start work on my Master's program. In short, I have time.

Thus, I am going (as they have started putting it in the dark corners of the internet I've been dipping my toe in to) to explain you a thing:

And NOW I'm done. Swear. I have explained you a thing. Now go hence, to have more talk of these sad things. I'm out.

It's certainly been a while since I updated here, hasn't it?

Firstly, an apology for that. I blame work (a growing challenge, but one I'm enjoying for the most part), health (I've had a couple seizures recently, and my digestive system is giving up the ghost), and the distractions that come with these particular aspects of my life.

Secondly, I suppose an update on life is in order.

1) School is almost over. It's only a couple more weeks until summer break starts. This timing may seem odd, but we get out earlier in the year than most schools because we start earlier. My goal is to keep the kids focused through this last little push; they're already antsy and anyone who knows teens knows how bad that can get.
I also have to get through the supervision of yet another provincial exam. Those of you who recall my previous experience with this will understand my trepidation.
On the bright side though, the exam is in the morning, and I'm booking a bus ticket back to the coast for that evening. It'll be good to see my family and friends again.

2) I've been reading. Not as much as I'd like to -- normally I read at a rate of ten books a month; I've fallen short of that this year -- but reading nonetheless. It's a good deal of YA lit, which I doubt surprises any of you. I'm not sure I'll ever be able to articulate exactly what it is about YA lit that manages to grab and hold my attention. It does though.
Alas, a good deal of the books I'm waiting for don't come out until the fall. More specifically, the final book in the Divergent trilogy (there aren't words for how apprehensive I am about this one), the next book in the Raven Cycle (based on my experience back at the bookstore, I never thought I would care for anything that Maggie Stiefvater's written, never mind becoming this invested in her characters), and the eighth of nine books in the Skulduggery Pleasant series (its title is "Last Stand of Dead Men". I'm bracing myself). I'm also trying not to angst over the fact that the third of Laini Taylor's Daughter of Smoke and Bone books isn't due out until sometime in 2014.
This is why I should never start a series that's still being written. Ever.

3) I was accepted in to the Master's program via correspondence that I spoke of eons ago. I start this summer, which is all kinds of nerve-wracking, but I look forward to it. I've participated in their online orientation, and I'm looking in to scholarships and general financial aid. Epilepsy BC doesn't award scholarships for the summer semester, but you bet your ass I will be applying come fall. The application involves writing an essay about epilepsy and how it impacts/has impacted your life.
Oh, do I have stories to tell them.

4) I've become addicted to the show "Hannibal". I'd never watched the movies, never read any of the books, but upon the strong recommendation of a friend who's taste I have come to accept I have no choice but to trust, I gave it a whirl. Beautifully shot, beautifully scripted, and good LORD does it do the emotional wringer well.
It's gory, yes, and certainly not for the queasy or faint of heart, but it's an incredibly well done show and if you've got the stomach for it, consider this my official endorsement. The fandom, which I've just started peeking in to, looks like all kinds of fun. They call themselves fannibals, for crying out loud. The upcoming hiatus has officially been dubbed the he-ate-us. It's kind of beautiful.

5) This is the one where you get to judge me in all sorts of ways.
I'm an admitted fan of the Backstreet Boys. The announcement of their new album and new tour has managed to rekindle my love for them. I checked the tour dates as soon as they were announced, assuming that there would be a few Canadian dates, and that one would be in Vancouver. Alas. No such luck. The two Canadian dates were in Toronto and Montreal.
So, after whining about it to way too many people, kismet.
I have a friend who lives out east. Particularly, just outside Montreal. She offered a couch to crash on and her company at the show. I took her up on this immediately. I've bought our tickets (my paying for her ticket is a combination of my thanks and payment for the room and board), and I've bought my plane ticket.
Yes, this has set me back a considerable amount.
No, I fail to care.
Yes, you can start to judge now.


And finally, how are all of you that are still hanging around here? Well, I trust? Do let me know.


Have I mentioned lately that I love my country?

So, I live. Little beat up, no worse for general wear, but live.

Anybody else out there still kicking about?

1) We don't talk about the Canucks game versus the Dallas Stars last night. Unless we are discussing the beautiful return of Ryan Kesler, or Henrik Sedin officially beating and setting a new franchise scoring record. Then it's cool.
And I swear this is not turning, and will not turn, in to a hockey blog. Honest to God.

2) Yesterday afternoon, after a craptastic morning -- a migraine and the screwy, yet expected, side effects of the meds I took for it -- I mercifully had a spare last block. A couple of my students who play piano and had a study that period came in to my room, and we jammed for a while.
I may have done some absolute belting as I slammed on the piano. I don't get the chance to do that here in my apartment, of course, even with my keyboard. I usually plug my headphones in to it, and play away, mouthing words. My classroom has thicker walls, which is more conducive to singing out loud. My voice is showing it today, however. Ask me about my black coffee and cigarettes diet: you too can have a thick two-pack-a-day rasp.
(Dammit Percy, you shouldn't go straight in to a belt without warming your voice up, even if you are physically able to do so. It will murder your throat/vocal chords, as you are being reminded today. Did you learn nothing from from your choral training back in high school and university? God.)
Totally and completely worth it though. It left a goofy smile on my face and I felt better for it. Still do, really.
Though I really do need to remember to watch it with my voice.

4) The other items on my to do list today are getting my grocery shopping done, watching the most recent episodes of "Arrow" and "Elementary", and finishing at least one of the three books I have on the go right now.
I should probably quit with the reading numerous books at a time thing. I should also probably recognize this is an exercise in futility. Meh. At least I've addressed that it's a (possible) problem.

5) I know I go on about this quite a bit, and I know it probably irks the hell out of you all, but I just watched the trailer for "Fast and Furious 6". Han and Gisele are there. There's a shot of them dodging bullet fire together. There's another one of them back to back, guns akimbo. Yet another of them in the same car during what's presumably a major chase. It's quite possible I flailed at seeing all this.
Fandom gave me nothing last time despite their being awesome together in "Fast Five". It better frigging deliver this time around.
That is all.
Collapse